Aicon Gallery is proud to present Resonance, the first New York solo exhibition by New Delhi-based artist Shobha Broota. The current exhibition spans the past decade of the artist’s practice, and is comprised, in equal parts, of work in Broota’s two most iconic styles. First, her sublime and deceptively complex meditations in oil and acrylic on canvas, usually focused around a central non-figurative element, that simultaneously reflect both an inner spiritual journey and an ongoing exploration of the cosmic or tantric. And second, a series of “woven paintings”, featuring meticulously patterned arrangements of wool on canvas that appear to vibrate and shimmer with a transcendental quality suggesting vast but subtly interconnected worlds. This is the artist’s second exhibition with Aicon Gallery and her first in its New York space.

Shobha Broota, a teacher at Triveni Kala Sangam in New Delhi, and hailing from a family rich in artistic traditions, is one of India’s most well established contemporary artists. In her nearly six-decade long artistic journey, Shobha Broota has passed through many changes in her subjects, media and style. She has painted in various modes, including portraits of men and women, more abstracted human forms, birds, animals and insects, before eventually moving into the realm of pure abstraction in works embodying different elements and forces of the natural and spiritual world. 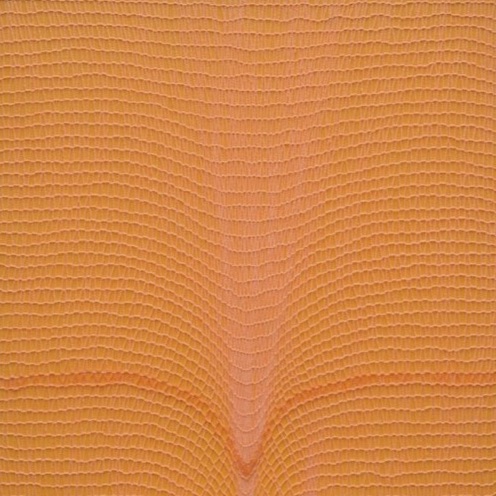 Although there seems to be an undeniable undercurrent of natural spirituality running through her abstract work, art critic Keshav Malik has said of her oeuvre, "Shobha’s works, in whatever medium, do not overtly claim any whiff of holiness. Not at all. Rather they are her effort to understand and work within the boundaries of an age-old convention that has the basic harmony or purity of the underlying reality, as inner reality. The discipline, preparation, effort, and contemplation that has gone into these works is palpable, and one would not even dare to sum it up or even outline it. Still it must suffice to say that a lifetime of close attention lies behind each of the works shown, quite apart from the training in the fundamental skills of geometry, drawing and color.”

Her images are infused with a sense of coherence, both moving and gratifying. They convey the feeling of consolidated experience, a formulation of the intuitive possibilities of the creative process. Her works are subjective and individualistic, but emancipated from the shackles of motif. The lyrical strokes are akin to sudden bursts of energy: sometimes sharp, suggestive of motion and tension, sometimes ethereally blurred.

Abundant in emotional depth, the artist’s oeuvre is evocative, earthy, sensual and sincere. It is an intriguing concord of stormy passions: betrayal, loss, renewal and freedom. Her art resonates with concerns of love, liberation and enchantment. Broota conveys an almost unprecedented view of desire as she excavates and resurrects it from its stereotypical identity. It is a veneration of human experience and the significance of sexuality in the human psyche. Even at her most tentative she manages to convey the correspondence between an intense internal compulsion and external impulses. This spontaneous exposition of inner character is what gives the works such a unique spiritual unity.

Born in Delhi in 1943, Broota earned her Master’s Degree in Vocal Indian Classical in 1962 and her Diploma in Fine Arts, at the College of Art in New Delhi in 1964. She has been the recipient of awards from AIFACS and Sahitya Kala Parishad, New Delhi, an Art Educationist Award from NDMC, New Delhi, as well as scholarships and fellowships from the Ministry of Culture, India. She has held 28 solo shows since 1965 and has been curating exhibitions since 2014. Among her in-depth solo exhibitions have been Music of the Spheres and Song of the Divine in New Delhi, Looking Within at the Museum of Sacred Art, Belgium, Edge of Infinity at Indigo Blue Art, Singapore, and SNO 89, Contemporary Art Project’ in Sydney. She has participated in various international museum and gallery shows, namely in Tokyo, Frankfurt, Hamburg, Italy, Hungary, Denmark, Bulgaria, Yugoslavia, South Korea, Netherlands, Poland, Mexico, Cuba, Chicago, New York, Los Angeles and Sydney. She has held residencies in Kuala Lumpur, Perth, Fremantle and Guyana. Her work has been collected by National Galleries in India and Malaysia, and various private collectors, namely E. M. Schoo, Chester & Davida Hervitz, MOSA Belgium and many others.

<< Go back to the previous page